Walking with My Camera: Snow at Tippet Rise 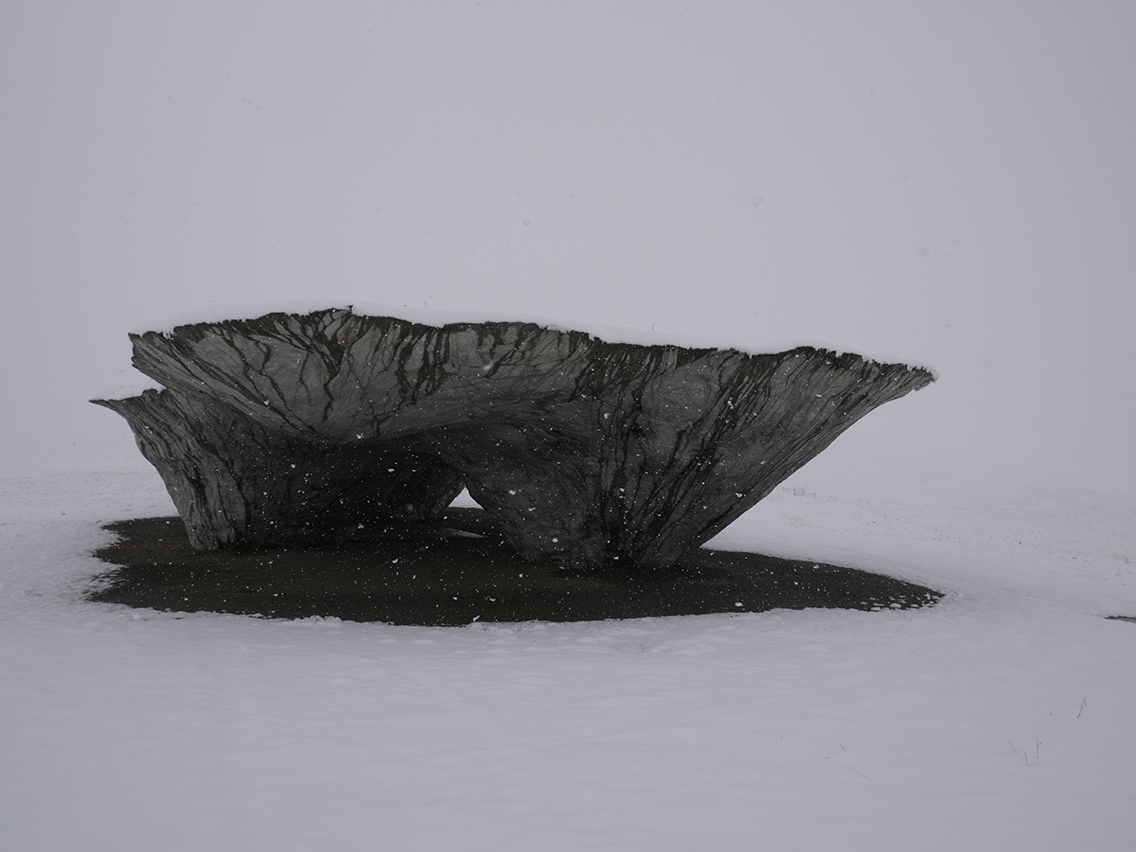 The Domo, a sculpture by Ensamble Studio

On Friday (Sept. 22) a friend and I travelled five and a half hours through snowy passes to reach Tippet Rise Art Center http://tippetrise.org/  Here is a description of the center from their website: Tippet Rise Art Center is located in Fishtail, Montana, against the backdrop of the Beartooth Mountains, roughly midway between Billings and Bozeman and north of Yellowstone National Park. Set on a 10,260-acre working sheep and cattle ranch, Tippet Rise hosts classical chamber music and recital and large-scale, outdoor sculptures. Wow ―go see it if you can. 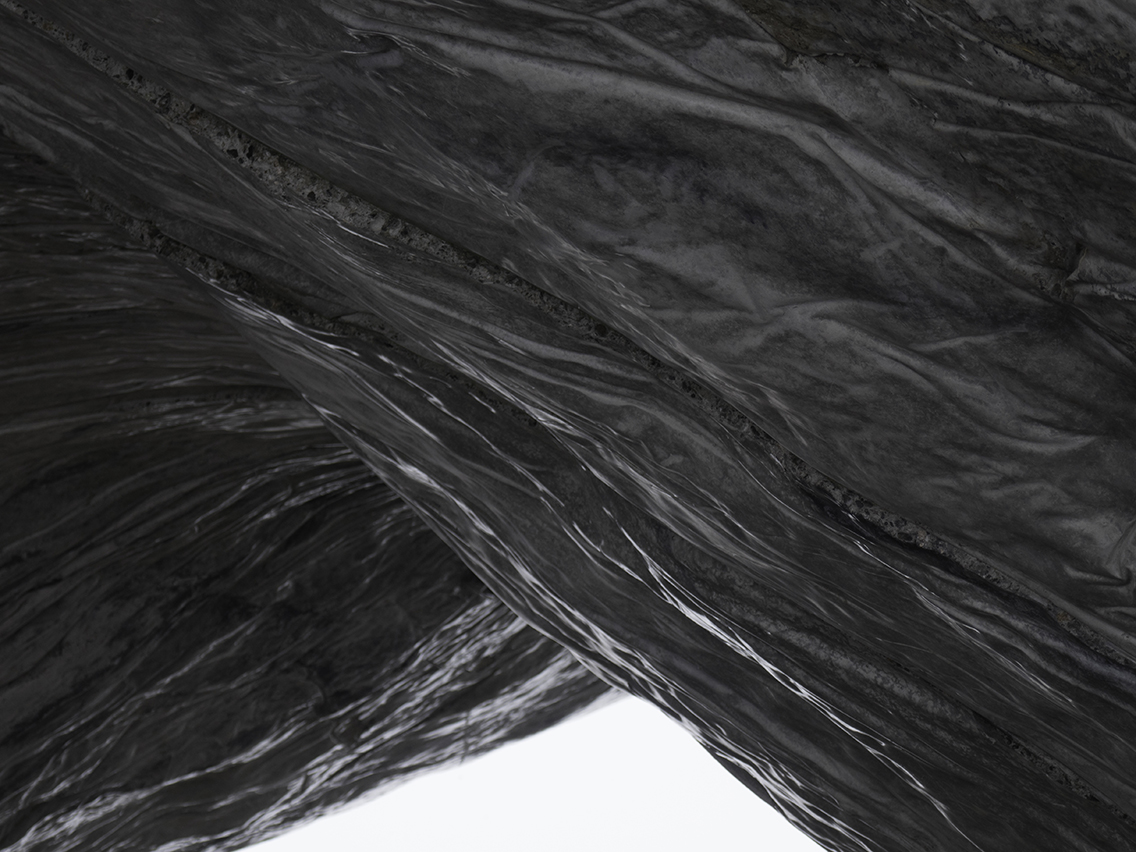 A close-up of the Domo, a sculpture by Ensamble Studio

It was such a unique time to view the huge sculptures in the snow. We couldn’t see the mountains and the colors of the rolling hills were covered in white. The light and the simplified background gave the pieces a vivid focus. I was especially drawn to the organic shapes in the pieces by Ensamble Studio and Patrick Dougherty. 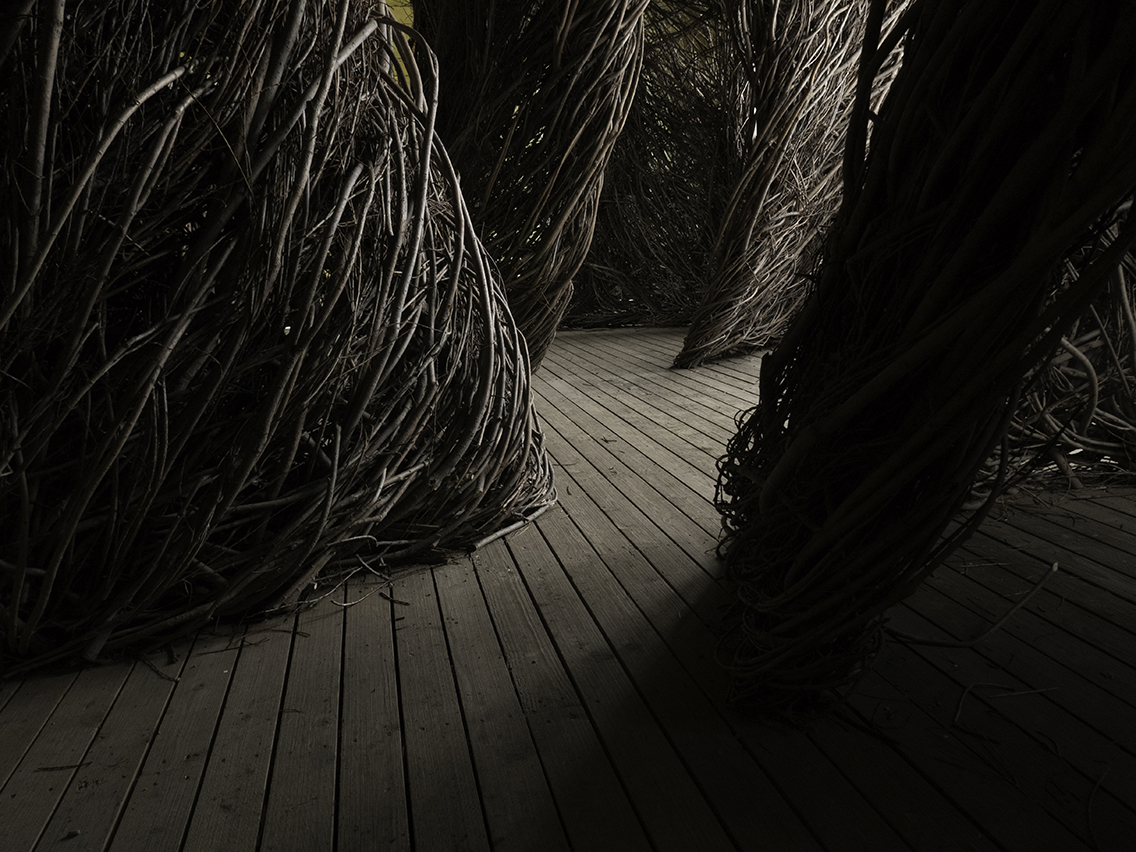 A close-up of Daydreams by Patrick Dougherty

In addition to the sculpture we were also able to see a couple films that were part of the Architecture and Design film festival being held at the center. We had the good fortune to see a new film about Andy Goldsworthy by Thomas Riedelsheimer called “Leaning into the Wind.” (They did a film together 16 years ago called, “Rivers and Tides.”) In his new work, there are times when Goldsworthy uses his own body in his work. It is so viscerally engaging. I highly recommend this documentary which will be released some time in 2018.

Here is a facebook link to more photographs I took at Tippet Rise: https://www.facebook.com/uncommonviewsofnaturalforms/posts/876802949142900